When a Lawyer and Jury Disagree | Lipkin & Apter

When a Lawyer and Jury Disagree

The only truth serum in the law is the jury's verdict after hearing the evidence.

Sometimes the results can be disappointing, as in a case I recently tried, which points to the fact that a personal injury lawyer can sometimes see the evidence in a way the jury does not share. Disappointment aside, the jury did a good job in this case, and deliberated for several hours before reaching a verdict. They were diligent and I respect their verdict.

The plaintiff was a woman in her late 40's, on her way home from work as a security guard in downtown Chicago. While walking to the El around midnight, she stepped into a hole along the edge of the sidewalk, fell, and hit her head, resulting in a severe spinal injury that left her partially paralyzed. I went to the scene of her fall many times, and photographed it. 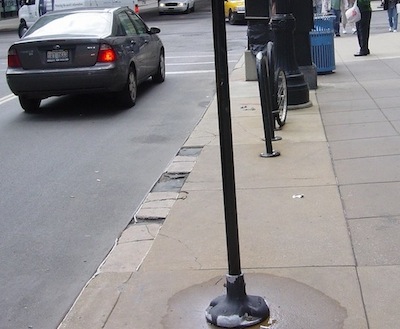 All along it seemed to me that the sidewalk defect was the kind any jury would find the City of Chicago liable for. The jury let me know I was wrong from the very beginning.

A difficult standard, but I felt that of the 3 elements that needed to be proven, only (3) would present real trouble. That's because I was able to find 2 bike messengers familiar with the area who testified that the sidewalk where plaintiff fell had been that way for years. And that because of maintenance work being done at the corner at the time of the accident, and orange caution cones being placed, the jury would accept plaintiff's need to walk to the edge of the sidewalk rather than down the middle, to the corner. The jury disagreed with me, finding that the condition of the sidewalk did not present an unreasonable risk of harm, and further believing that plaintiff should have seen and avoided the hole in the sidewalk, thus preventing her from falling. Their verdict was not guilty.

There was a lot at stake in this personal injury case. My client had over $250,000 in medical bills, and was unable to return to the work force, losing an additional $150,000 in wages she otherwise would have earned. And she was left with only partial use of her left hand and arm. The City of Chicago did not dispute any of this. The expense of taking the case to trial for my firm was substantial- $20,000, as I hired an engineer to explain to the jury why the sidewalk was defective, and presented the testimony of several doctors, to explain her injuries.

Litigation involves risk, and for the personal injury lawyer, one of the risks is in not having your expenses repaid if the case is unsuccessful. So, yes I was surprised and disappointed with the outcome of this case. So was my client, a simple, honest, very likable woman. And you know what? If she walked into my office today, with the same case, I would take it, believe in it, and run with it again.

If you have more questions, feel free to visit our personal injury advice page or contact our law firm to speak with one of our accident injury attorneys.